I wrote this song back in university. It’s one of those songs that I never wrote the lyrics out for, and recorded on my phone while alone in my room. I rerecorded it in my studio after it was built, and although I intended to release it when I released Heart and Juliet, I waited.

I initially wrote this song about someone I had been close to, while we were drifting apart. Maybe one of these days I’ll share the original rough version of the song that I recorded with my phone, although the lyrics are different and much sadder, whereas this version is a little more hopeful.

All right, time for Peter’s playlist! Out of everyone I think he has the most happy/chill songs on his list (well aside from Julius). I tend to listen to his playlist when I’m sketching, or writing flash back scenes, he’s also got a lot of older songs on his playlist. I’d definitely say his songs are more feel good versus Roland and Dianna’s.

This last song is both Peter and Roland’s playlists. Every time I listen to it, it makes me laugh and I usually doodle pictures of them doing stupid stuff while I listen to it.

I haven’t shared music from my characters playlists in a couple of months, and thought January would be the perfect time to start. I’m constantly adding new songs to these, and occasionally listen to them while I write.

Most of the scenes that I write with music happen to be Roland’s, so his playlist is the longest out of everyone’s. The first song is by a band I used to listen to a lot when I was younger. I started teaching myself one of their songs on the guitar the other day after it popped into my head, and then I went and found the album.

I hope none of the songs provide any series spoilers (they shouldn’t), but I do hope you find one to add to your own playlists.

I’ve written a lot of scenes with Roland to this cover by Chase Holfelder. I highly recommend checking out his music on YouTube, he’s got a lovely voice and his arrangements are really nice.

Roland’s got one of the moodier playlists, but it’s also one that I like to listen to in my free time, or when I’m just hanging out. I’ve found a lot of really beautiful songs while writing this series. Try to Change is probably one of my favourites that I’ve come across while creating this series.

I’ve been trying to pre-plan out some posts for the coming week but I’ve been busy. Between recordings, prepping for Vermin’s release date, work, writing and life, I’ve begun to realize I’m a fairly efficient and flexible human being when I buckle down and apply myself.

I re-recorded a song I covered a few years back yesterday after being requested to share it. The old one was recorded in my room with my other mic, which struggles to pick up my louder/higher vocals, so I thought an update was in order. I had fun redoing the song and I’m going to be posting it sometime today on YouTube. I’ll be leaving the original up as well, just because I like to compare older versions of tracks I’ve recorded…it’s kind of like comparing the first draft of a book to the final version.

I don’t post all of my covers on Spotify, but I do have a few on there like White Rabbit, Gothic Pink and Then I Woke Up.

Out of my recent covers on Spotify, I would say I really enjoyed recording White Rabbit. I had a lot of fun with it and experimented a lot vocally. My voice sounds deeper in this compared to when I sing normally, which might be why I listen to it most often.

I’m planning up uploading some new music around August 1st, which is the release date for Vermin, but I’ve been having some trouble deciding on which instrument to play or if I want to challenge myself and play both guitar and piano…which I’ve never done on a track before. I just think for certain songs, it’ll sound really nice. Some of these songs I wrote for a male vocalist, and I don’t have one on hand at the moment to record with me, so I’ll be performing those myself. Perhaps I’ll be able to collaborate with someone on a track in the future, butf for now I’m recording these songs for fun, and thought it would be cool to share them with people while they’re reading Vermin.

I love incorporating music into my stories, and sometimes like to include stories within stories as well. I’ve had the opportunity to do both with The Vermin Series and it makes me so happy because two of my loves can co-exist together in my fictional world.

I think this quote would make for a really good song title. Not sure why, but it makes me picture a mid-2000s pop-punk/emo band.

Speaking of songs, I recorded songs featured in The Vermin Series. I had fun incorporating music into the series, and figuring out how each song relates to the world of the series, or characters. It’s hard for me to imagine worlds without music, so I chose to create songs that fit directly into the setting. Some of them are written by the leading characters, while others are popular songs that might be played on the radio, performed in the street or sung by children on the playground.

While writing this series I also created playlists dedicated to each of my characters (even the minor ones) to listen to whenever I needed inspiration or just wanted to get into that characters headspace.

I’ve found a lot of great music while writing this series, and I’m sure I’ll continue to find more as time goes on.

I pulled this song from Roland’s playlist. This is a song I’ve known for a long time now, probably since I first started writing the novel back in high school.

I might record a cover of it…potentially doing a softer version of this because I think it would really suit Roland if it were done that way. Maybe I’ll go do that now?

I had to improvise the chords because I couldn’t find a them listed anywhere, but luckily I’ve known the song for a long time so it wasn’t too difficult to play something that made sense with the lyrics.

Do you associate songs with characters from books (your own, or ones you’re reading) with certain songs?

Right now I’m reading Daughter of Black Lake by one of my favourite authors, Cathy Marie Buchanan and certain songs definitely come to mind when thinking about Young Smith, Devout and Arc. I haven’t thought of a song for Hobble yet, but she’s such a great character. I really like her chapters! 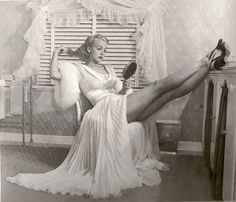 What’s one to do with all this free time…?

I’ve finished another round of edits, which is fantastic, however every time I do, I have no idea what I should do with myself. Since my area is back in lock down, I have a lot of free time again.

Prior to this current lock down, I had been reading to keep busy between each of my edits. I find reading and engaging with different texts helps me stay on task. I suppose it’s like studying. I like to see how others go about building their scenes, creating atmosphere, how they break up their chapters…etc.

With all this free time again, I’ll probably jump back into writing since I don’t have anything to edit right now. Thankfully, I can record. I’ve been working on some music and animation projects that I’m very excited about.

I hope to share these projects with you all over the next few months. I hope you’ll enjoy them as much as I enjoyed working on them.

I’ve been listening to this track recently, and added it to one of my character playlists.

Other Posts on This Blog:

I originally covered this song back in 2015 while I was in my 2nd year of university. A few weeks ago I decided to re-record it in my studio for fun.